The short URL of the present article is: https://myspecialfood.com/lYUmm

There are many custard desserts in the food world; flan, pots de crème, crème caramel, etc. One traditional Italian version that is actually a little bit different is Panna Cotta.

Custard and Flan Versus Panna Cotta – Is it like a flan or creme brulee?

When making a custard or flan, you take milk or cream, sweeten it, thicken it with eggs, and then boil it down before baking or chilling it to set. Panna Cotta takes a different approach which can leave it far lighter and silkier than the other options.

Instead of mixing in and cooking egg, one uses gelatin to set the sweetened cream. This leaves an incredibly smooth and clean tasting pudding that can be topped with almost anything from fresh fruit to sauces and liqueurs. 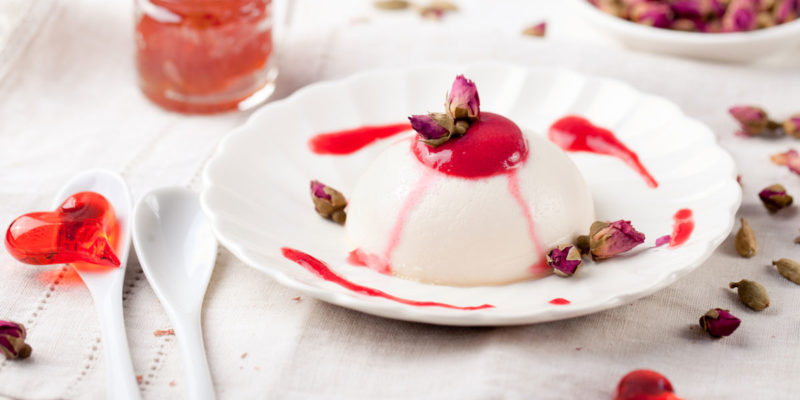 But is it Traditional?

Panna Cotta is known as a traditional and classic Italian dessert and one would think it must be centuries old. In truth, it is only found in Italian recipe books starting in the 1960’s.

This did not stop the Region of Piedmont from selecting it as one of the “traditional foods of the region” when they published their official list in 2001.

The recipe they call for includes a few additions that are not found in other recipes (rum, marsala, and a layer of caramel much like a crème caramel) but it does show that the dish is regarded as being a long-standing part of the Italian food tradition. 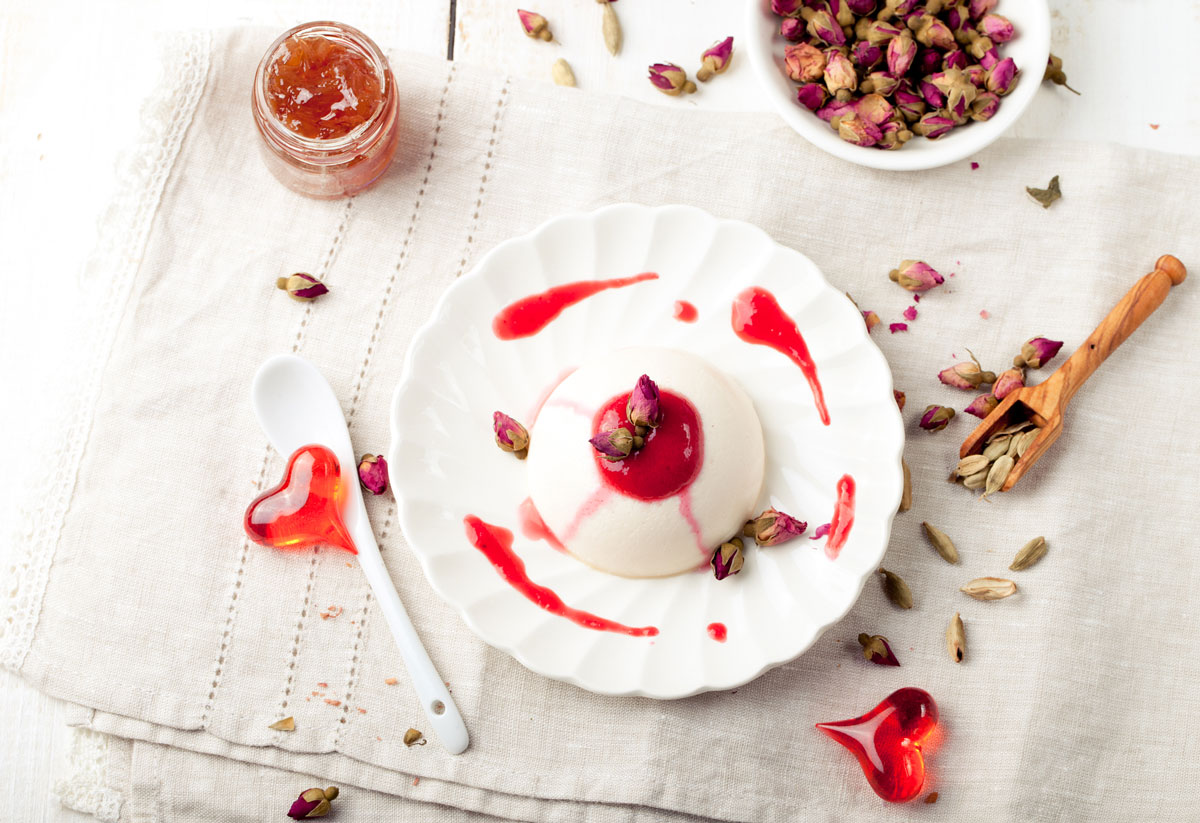 Some theories attribute the dish to a Hungarian cook in the Langhe region in the early 20th century (as seen in The Oxford Companion to Food), while others suggest it comes from modifications to other milk or cream and gelatin based desserts. The name translates simply to “cooked cream” and there are many dishes built around a boiled or simmered cream base.

What we now know as Panna Cotta likely developed naturally out of this group of desserts as cooks looked for cleaner and lighter custard dishes that could pair with a wider range of flavors. Regardless of how it was developed, Panna Cotta is now a part of the traditional set of Italian desserts.

What is Panna Cotta made of? The Key Ingredients

The most old-fashioned recipes call for only three ingredients: cream, sugar, and gelatin. Gelatin in Italy was sometimes called colla di pesce, or “fish glue”, because isinglass, which is derived from dried fish, was one of the early reliable sources of gelatin.

Not to worry, modern gelatin will not come from fish, so there should be no worries about any “interesting” flavors being found in the end product.

Sugar is fairly self-explanatory, but as is the case with most traditional dishes, you need to make sure that the cream is fresh and of very high quality. The main draw of Panna Cotta over many of the other custard desserts is the fresh and light, yet still sumptuous, flavor that comes from the sweet cream.

It is an elegant base upon which many other flavors can be layered. This can be ruined if there are any issues with the quality of the ingredients.

Although the oldest recipes call for just those three ingredients, most modern versions from sources like Il Cucchiaio D’Argento (Silver Spoon, one of Italy’s premier cookbooks) use a few extra ingredients to simplify and enhance the dish. 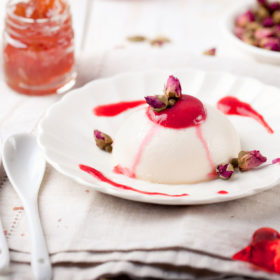 The main draw of Panna Cotta over many of the other custard desserts is the fresh and light, yet still sumptuous, flavor that comes from the sweet cream.

The vanilla bean is not an essential element of this dish, it adds a nice note of flavor but can be omitted if only the sweet cream flavor is desired with your additional toppings.

Also, the goal is often to limit the amount of gelatin used to less than 8g per 500ml of liquid.

If your gelatin leaves are larger than normal, please ensure that not too much is used as that leads to a rubbery Panna Cotta.

Remember, the beauty of Panna Cotta is its silky softness and light flavor, not a hard-set pudding or a runny custard.

Mandarin Orange Bread This easy to make Mandarin Orange Bread is so delicious. It makes the perfect breakfast, snack or even dessert bread. Leave it plain, with a dusting of powdered sugar or why not a simple mandarin orange glaze? I love everything about sweet breads, they come together fast

END_OF_DOCUMENT_TOKEN_TO_BE_REPLACED