The short URL of the present article is: https://myspecialfood.com/TP2iA

Morzello is the symbolic dish of the city of Catanzaro and is made with veal, consisting of cuts such as the heart, spleen, liver, intestine, tripe, and stomach. The other ingredients are water, tomato paste, tomato sauce, hot pepper, salt, bay leaf, and oregano. This last aromatic herb is often not added directly to the pot, but tradition has it that the classic bunch of dried oregano is used to stir the morzello.

How to serve morzello

There are two ways to enjoy this delicacy: it can be served on a plate and eaten as a normal meat stew, or if you want to live the complete experience, you will have to consume it in the classic pitta, a typical bread in the shape of a wheel, with a very large circumference and very consistent crumb, suitable for absorbing and containing even the most full-bodied condiments. 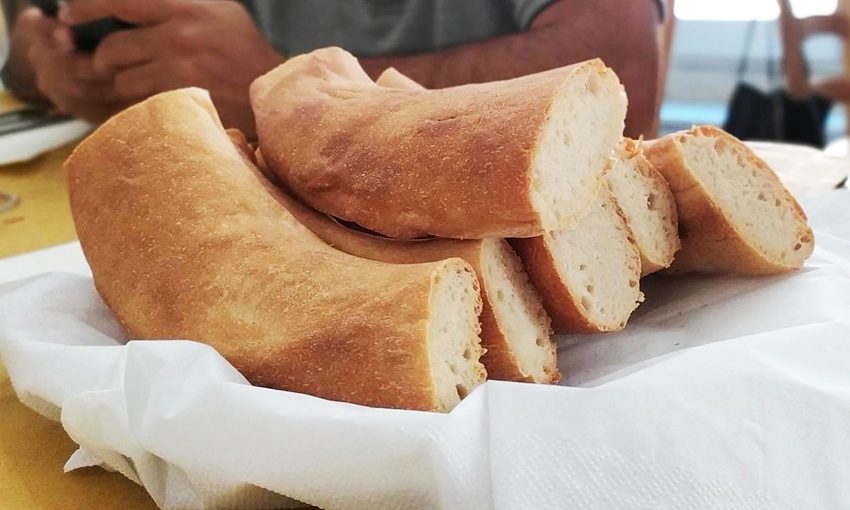 The pitta is usually cut into pieces, and each of these is divided in half lengthwise. According to tradition, before being filled, the bread is dipped at the ends in the stew and then filled with the meat.

How is it possible to eat a dripping sandwich without getting dirty? The question, my dear readers, is superfluous: you can’t! And the people of Catanzaro know it. So, don’t worry if the oil and sauce run off when you bite into the sandwich. The universally known truth among all consumers of morzello is that it has to drip from everywhere. 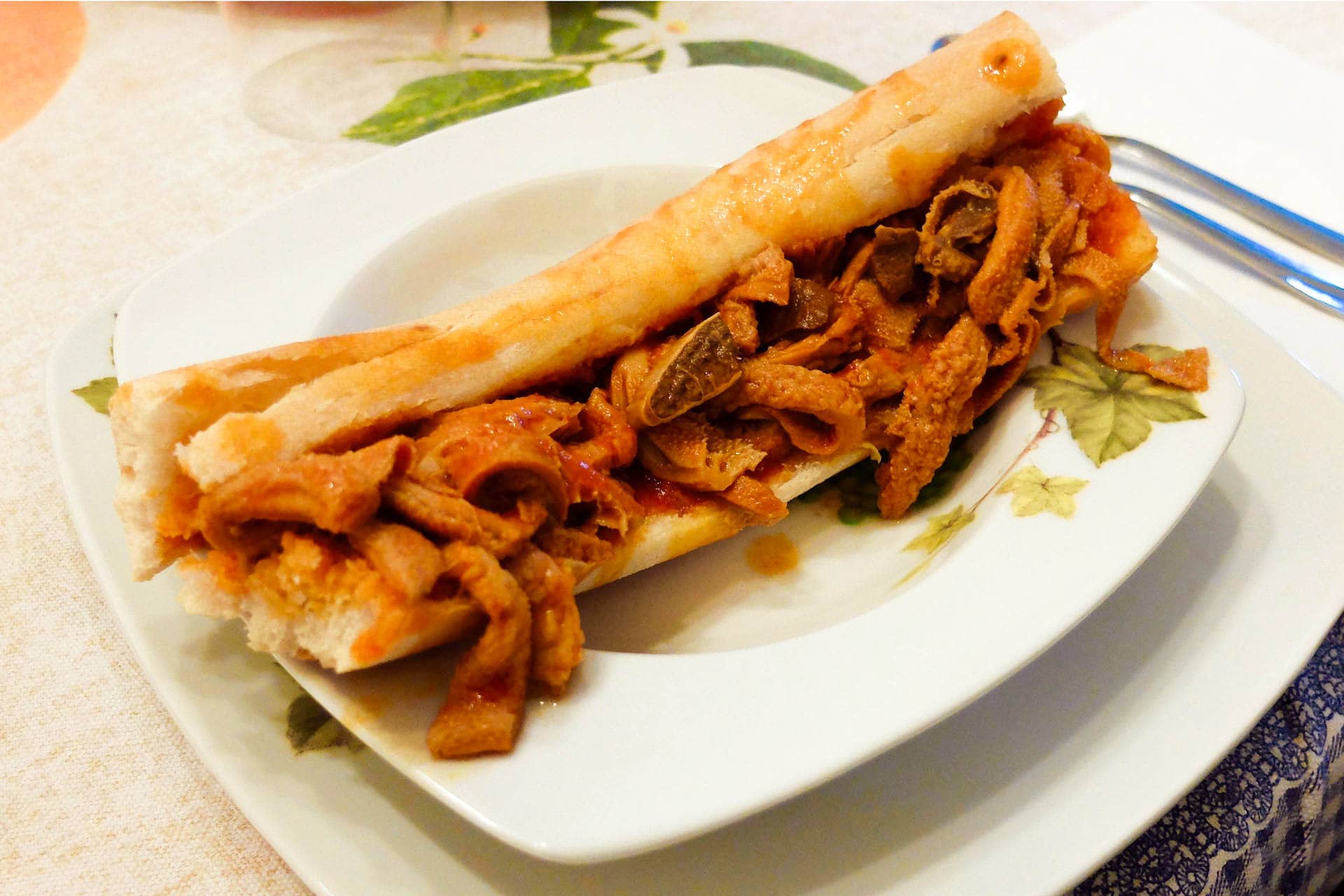 Between legends and history

There are various legends about the birth of this dish. The most accredited story, which has no temporal reference, is about a young woman of very poor origins, named Chicchina, who worked as a servant of some nobles from Catanzaro.

During Christmastime she was called to clean up the courtyard of the slaughterhouse where the cuts of meat for the meals of the nobles were prepared. Instead of throwing away the offal destined for the garbage, she took it home and cleaned it carefully, then chopped it and cooked it with tomato sauce, water, and various aromatic herbs. Thus she prepared dinner for her family.

Little by little, the news of that dish spread throughout the city, and from that day, it seems that the dish acquired great success, helping people reevaluate the less prized, but no less tasty, cuts of meat.

Many hypotheses have also been made about the derivation of the name morzello. Calabria has been occupied by foreign nations in the past, some of which have imposed not only their own rules but also their own language.

This is how terms similar to the word morzello are found in various languages: morsicellus in Latin (“small bite”), morsel in French (“small bite”), almuerzo in Spanish (“lunch”). The most accredited explanation of the origins of the etymology of this dish is the one that derives from the way in which pieces of meat are cut, morzha morzha, which in the Catanzaro dialect means “into small pieces.”

END_OF_DOCUMENT_TOKEN_TO_BE_REPLACED

Mediterranean Chickpea Salad Chickpea salad with fresh Mediterranean flavors from lemon juice, herbs, fennel, and onion. This is a light and refreshing salad that just happens to be healthy, too. Perfect as a side dish or appetizer. Or, make it for a light meal with some bread on the side.