Mostarda is a typical Italian condiment made with candied fruit and mustard oil with a spicy and sweet flavor that is traditional of the Lombard culinary tradition. Born from the need to preserve fruit, it is often the protagonist of winter recipes. It can be said that during Christmas, there is no table in Northern Italy without mostarda served alongside boiled meats, roasts, or cheeses.

While in Italy mostarda refers to a sweet and sour preserve of candied fruit and mustard syrup, in France or England, the terms moutarde and mustard have a little different meaning.

The moutarde of Bordeaux, Orleans, and Dijon — a true flagship of French cuisine — are fruit-free and made from vinegar, salt, and mustard seeds. In some recipes, such as that of the moutarde à l’ancienne, the mustard seeds are partly ground into powder and partly left whole, so as to give the sauce a grainy and more rustic texture.

English mustard, also without fruit, is known all over the world as a golden yellow sauce obtained by mixing mustard seeds with water, sugar, salt, wheat flour, turmeric, and other spices.

The term itself can be a source of misunderstandings since mostarda, moutarde, and mustard each refer to different preparations based on mustard seeds, with or without fruit, as well as sometimes mustard itself. The term mustard derives from the Latin mustum ardens and appears for the first time in a French text of 1288, but it was the Romans, before exporting mustard to France, who had called it by this name, alluding to the must of the wine made ardente, that is, spicy, from the addition of mustard seeds. After the end of the 13th century, both the mustard plant and the sauces obtained from it began to be called moutarde, but without fruit.

However, the Romans used must to preserve fruit: in the De Re Rustica, Cato and Columella provide precise indications in this regard and are from Apicius; in the De Arte Coquinaria, recipes for preserving blackberries with sapa (cooked must) and quinces with honey and sapa are included. But these recipes did not include the addition of mustard, which was instead used to prepare sauces with which to flavor meats and vegetables. Even today, in Sicily, we can find a mustard made only of cooked must and mustard flour.

During the Middle Ages, some culinary traditions of ancient Rome were revived and reworked, and it is this era that the birth of mustum ardens, intended as mostarda di frutta, can be traced back and to, presumably in the shop of the apothecary. The tradition of the various Italian regions then gave rise to different mustards, but the most famous are undoubtedly those typical of Northern Italy, in particular the area between the regions of Lombardy, Emilia, and Piedmont, as well as the Vicenza area. 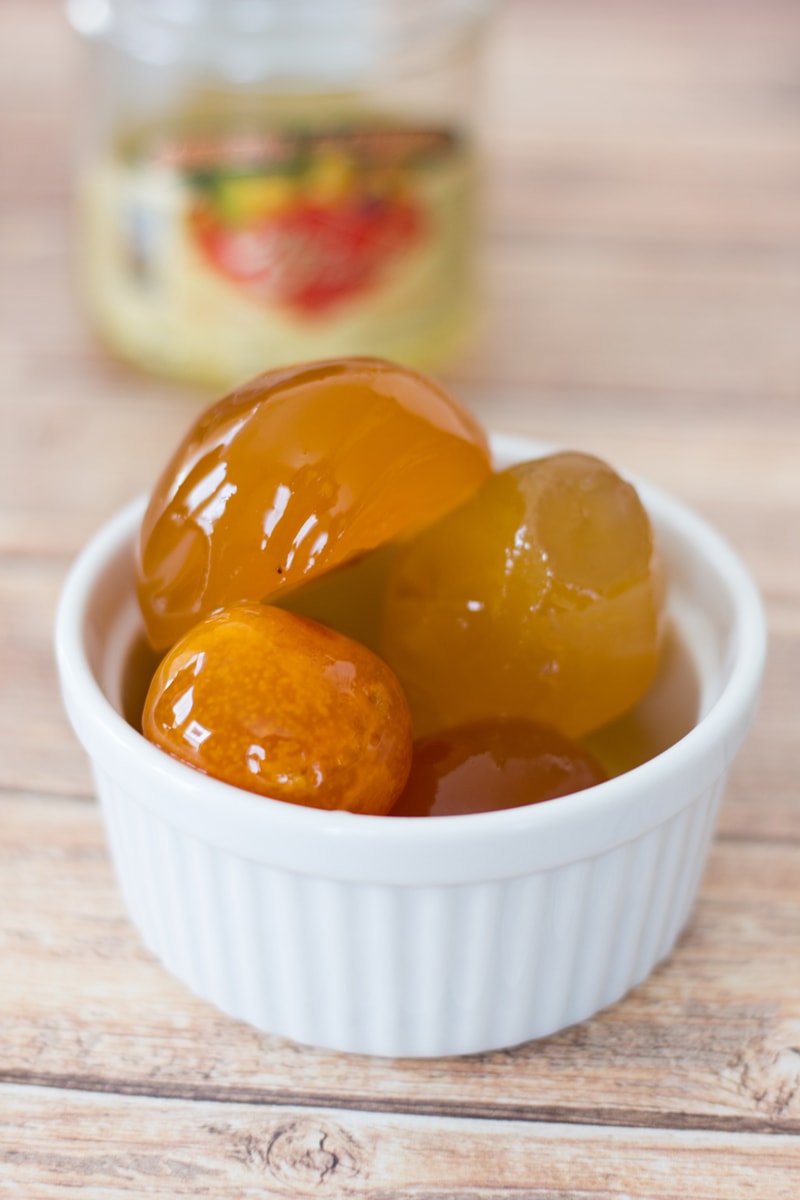 The mostarda of Voghera

The history of Voghera’s mostarda dates back to at least 1397, the year in which Duke Galeazzo Visconti requested a zebro of candied mustard fruit to accompany the meat on his table. This mustard, considered the progenitor of that of Cremona, is very rich in fruit and includes cherries, apricots, pears, mandarins, oranges, peaches, figs, melons, and pumpkins. The fruit is candied and dipped in a syrup of mustard-flavored sugar and glucose.

The mostarda of Cremona

Around the 16th century, mostarda became a typical product of Cremona. By the end of the 18th century, 20 mustard factories were already active, mostly family-run artisan businesses. The classic recipe of Cremonese mostarda involves the use of different types of whole or chopped fruit, sugar syrup, and mustard essence; there are also single-fruit versions using the same recipe.

Mantuan mostarda is typically made up of Campanine apples and quince. The fruits used are whole and preferably unripe, and the syrup consists of liquid sugar and mustard essence.

The recipe for Vicentina mostarda uses quince pulp — and sometimes pear pulp — as a base, along with candied fruit, sugar, and mustard essential oil.

The mostarda of Bologna

Bolognese mostarda is very similar to a jam because the fruit — mainly plums, pears, and quinces — is blended after being cooked with sugar, water, and lemon juice. Walnuts, sultanas, and mustard are then added to the mixture.

Other mustards of the gastronomic tradition of Northern Italy include those of Forlì or Romagnola, that of Carpi, mostarda Veneta, and that of Piedmont. In Southern Italy, with different variations that involve the addition of ground almonds, walnuts, cinnamon, or chocolate, mostarda is prepared following a recipe based on must and flour.

There are numerous ways to prepare fruit mustards; the one below is from Cremona.