Cacio e pepe pasta is one of the most-loved Roman recipes, along with carbonara, amatriciana pasta, and pasta alla gricia. The tradition of this dish comes from afar, and though its preparation requires only three ingredients, this does not make it easy to make a plate of pasta with cheese and pepper. 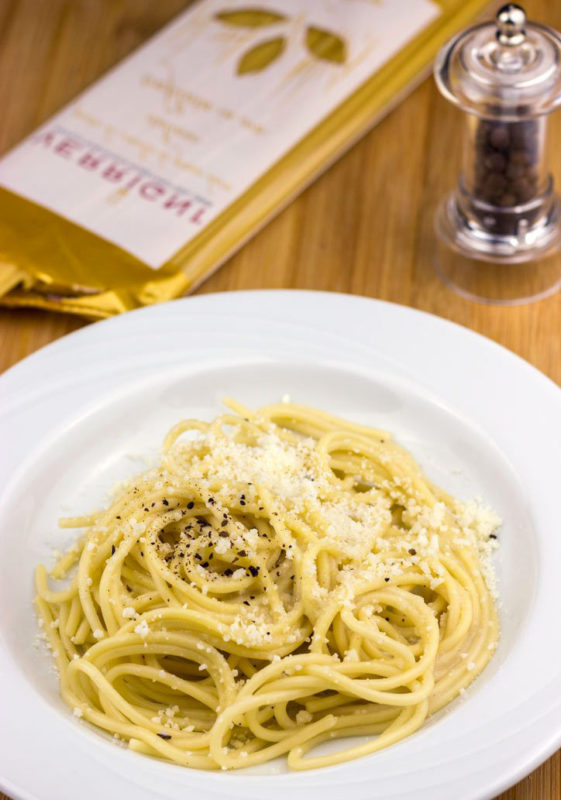 Cacio e pepe has its roots in transhumant shepherding. In Roman times shepherds had to make long journeys with their flocks, and they needed to fill their saddlebags with long-lasting foods packed with calories that would give them strength for the journey. Among the foods that the shepherds brought with them were dried tomatoes, bacon, pecorino cheese, hand-prepared and dried spaghetti, and black peppercorns.

Black pepper is a spice that stimulates heat receptors, and therefore it helped shepherds to fight the cold. The seasoned pecorino was chosen for its long shelf life, and spaghetti for its high levels of carbohydrates and calories.

Cacio e pepe pasta thus became a dish spread throughout the Lazio countryside as well as the Umbrian and Abruzzo pastures, until it became a typical dish of Roman taverns. 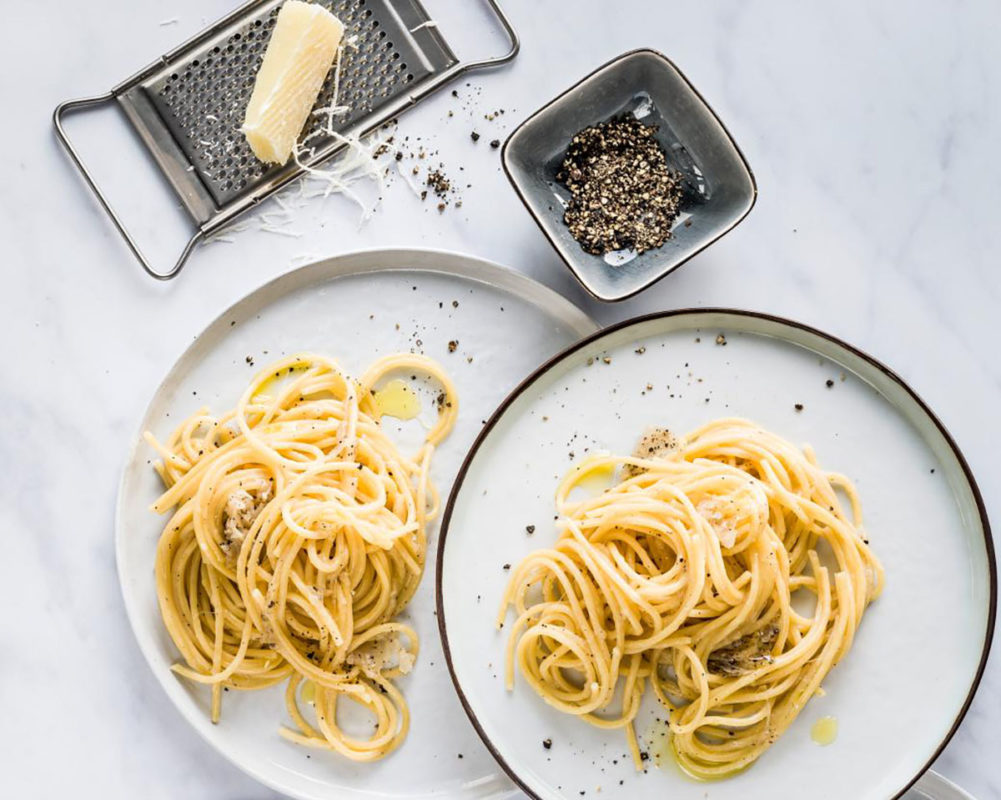 The realization of perfect cacio e pepe pasta is first of all in the use of the ingredients: real pecorino Romano and pecorino cream, which is made with pecorino and cooking water, with the right balance and without any lumps.

Many say that to obtain the right consistency for the cream,the pasta should finish cooking in a pan so that the spaghetti releases its starch to blend with the pecorino cheese, creating the optimal condition for the perfect cacio e pepe pasta.

Another tip is to use black peppercorns instead of ground pepper, so that the pepper maintains its spiciness and aroma. To enhance the flavor even more, heat a few grains of black pepper slightly in a pan and then pound them in a mortar before putting them on the pasta.

Use real Italian spaghetti or bucatini, which are also ideal for a noteworthy first course in Rome.

Finally, do not try to make cacio e pepe pasta with butter, olive oil, or cream to make the pecorino cream, since it would not be the real Roman recipe.

Do you want to make other Roman recipes? Try amatriciana pasta or carbonara pasta. 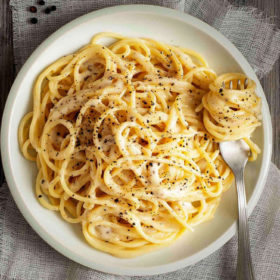